A Carnivore's Inquiry by Sabina Murray ”Sometimes you want to stop doing something, but it’s not enough to want to stop. Something else has to happen.” 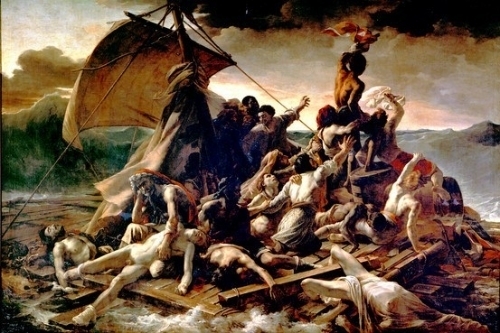 The Raft of the Medusa by Théodore Géricault

The unreliable narrator of this tale, Katherine Shea, lies to us as unreliable narrators tend to do. She doesn’t just lie to us, but also blurs the truth for herself. She isn’t a very good liar. I sussed out what was going on very quickly, and then it became more of a matter of understanding why.

We don’t have to look any further than her mother. Katherine has an unnatural relationship with her mother. She always tells Katherine that friends are overrated, which could be because she was in desperate need for her daughter to be her friend. She molds Katherine into an equally abnormal version of herself. Instead of reading her stories from Dr. Suess, or Beatrix Potter, or Mary Poppins, she tells her stories of The Donner Party, of Dante’s Count Ugolino, or details about the Raft of Medusa.

Her mother is...how do I put this delicately...batshit crazy!!!!

”The truth is not for everyone.”

Her father knows and tries to keep things stabilized by keeping her mother medicated to the gills. Without medication she tends to tear all her clothes off and perform wild, acrobatic dancing on the snow covered front lawn. Of course, they are against the father, and the secrets of what they know, what they believe, have to be kept from him.

When Katherine picks up this Russian writer in New York City, she can’t help but think of her father. ”Bored on the plane, I’d tried to picture what man my father would like to see me with least. I thought of the usual suspects: addict, musician, performance artist, his business partner. But Boris had to be the worst of them all--the European intellectual who would find my father inferior.” 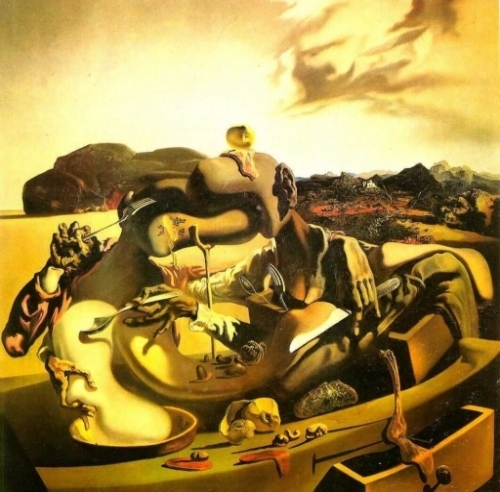 We are treated to the history, the art, the literature of cannibalism as we ramble through Katherine’s disjointed life. She can justify her unnatural hunger, her aberrant behavior, by stacking up all the evidence of situations where throwing some salt and pepper on some human flesh ( I hear the upper arms are the delicacy of the human body.) was necessary for survival. After all…”our civilization, the ‘America’ that was a source of unending pride for her father, was not based on the nurturing of the weak but on their calculated demise.”

She is pale, but pretty, in fact, very attractive. She collects men with ease. She has a vulnerability about her coupled with an intelligent mind that men find stimulating. I would guess, though this is speculation on my part because much is not explained about Katherine because she is controlling what we know, that she is uninhibited between the sheets. There is probably a raw hunger there that is barely suppressed from becoming outright feral.

She does meet one gentle soul. A kind, down on his luck musician named Arthur, and for a while it feels like there is a chance that she could find a way to be happy living with him and leading a normal life. It’s difficult being with someone so nice when you know what you are. ”The relationship, despite all my optimism, had already failed and Arthur had become a mirror, reflecting all my deviancy back at me.”

There are secrets, but then there are man and meat, and meat and man secrets.

Katherine is rather a sloppy eater. More of a nibbler than an efficient cannibal, like Jeffrey Dahmer who butchered the carcass and ate the whole kill. The problem with this is that bodies are not disappearing, but piling up. Will it all come undone or will her unusual culinary preferences continue to be indulged as she escapes to begin again? 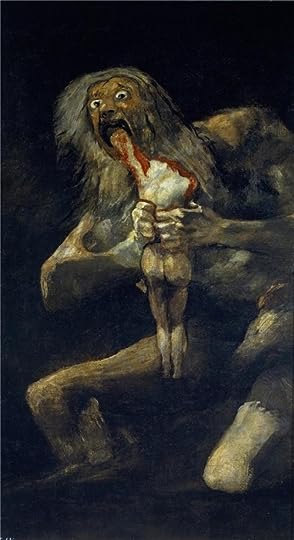 Sabina Murray has lived in Massachusetts, Australia, and the Philippines. Her mixed heritage has allowed her the benefit of experiencing and being influenced by several different cultures. The historical references she sprinkled throughout the book added to my enjoyment. Her research added some whimsical, intellectual twists to a behavior that none of us can condone; and yet, I found myself pondering the possibilities if faced with the proper dire circumstances. This book certainly reminded me of the works of Patrick McGrath. It doesn’t quite have the gothic flair that McGrath’s work has, but it certainly comes close. If you’d like to make a weekend of reading about the deviances and delights of Long Pork, I would also suggest as a companion volume to this one: David Cronenberg’s bookConsumed.