THE NOVEL THAT SCARED A GENERATION. “The world is no longer man's theatre. Man has been made into a helpless spectator. The two evil forces he has created- science and the state- have combined into one monstrous body. We're at the mercy of our monster...” 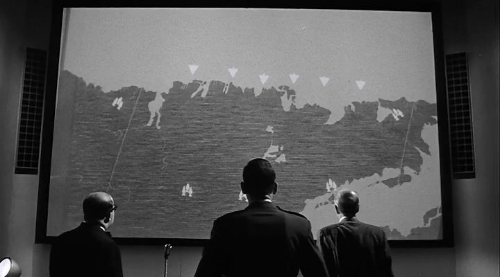 As I was making my way through the public school system in the 1970s, they were still doing duck and cover drills. In retrospect, of course, these drills were absolutely worthless except as an effective way of convincing all of us that our lives were dangling at the fingertips of madmen. Getting under our desks and covering our heads with our hands as a way to survive an atomic blast is about as effective as holding up a tissue in front of a speeding bullet heading towards our heart.

It took me years and much reading on my own to undo most of the brainwashing that was just part of our normal psychotic relationship with the Soviet Union. My impression of Russians were that they were deranged lunatics and that our strong military was the only thing standing between them and world domination.

Gazillions of dollars were spent by both countries. Paranoia was behind the wheel with the gas pedal mashed to the floor. Both militaries used inflated numbers of the other’s strengths to keep blackmailing their politicians for more and more money.

This book came out in 1962. The timing could not have been better. The Cuban Missile Crisis in that same year gave the world a very genuine taste of what had previously just been academic conjecture.

The end of the world was very real.

This book was an instant best seller. The copy I appropriated from the library was a fifteenth printing. I’m sure it went into many more printings than that. Frankly, the book depicts a terrifying scenario. Being a child of The Cold War, it certainly pressed all the right buttons for me. To those who have grown up with illusions of safety, it is ludicrous for most of them to even think that something as crazy as a Nuclear Exchange could ever happen. To those who don’t understand the historical significance of this novel, they could think this scenario to be...well... unbelievable. To those of us who lived through it and felt the haunting spectre of war hovering over every international crisis, this book confirms every worse fear that we experienced while living in a nuclear unstable world.

In the book they talk a lot about Fail-Safe. ”Fail-safe means that a device will not endanger lives or property when it fails.” The plot begins with a blown fuse that sends an errant message to a bomber group hovering in the designated “Fail-Safe” area. Computers have replaced men, and protocols are in place that are based off those same paranoias that sustained the whole Cold War. Once the GO signal is given it is almost impossible to stop the process from proceeding.

I watched the excellent 1964 movie right after reading the book. Being a natural optimist, even though I knew the ending from the book, I was still hoping for an eleventh hour reprieve. The book and the movie (it follows the book very closely) both left me shaken. The decisions of the world leaders, I can guarantee, will shock and surprise you. The book is compelling especially in the last hundred pages, but the movie might even be more so from start to finish. The dark, stark black and white footage lends a feeling of desolation to the actions of the characters. The director snaps close ups of eyes widening, of sweat glistening on skin, and of lips saying words that are devastating in their impact.

One of the more interesting and abhorrent characters in the book is Professor Groteschele (played very well by Walter Matthau in the movie), who shares end of the world scenarios at cocktail parties with the intention of leaving those listening to him shocked and disturbed. The prospect of war is a punchline for him.

”Knowing you have to die, imagine how fantastic and magical it would be to have the power to take everyone else with you.” Groteschele said. “The swarms of them out there, the untold billions of them, the ignorant masses of them, the beautiful ones, the artful ones, the friends, the enemies...all of them and their plans and hopes. And they are murderees: born to be murdered and don’t know it. And the person with his finger on the button is the one who knows and who can do it.” 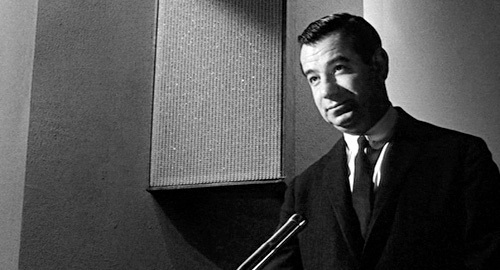 He is smug in his objectivity. War is a series of calculations that ignore the human cost as long as more of us survive than those who oppose us. When soldiers follow orders, even immoral orders, they have to become less than human. Groteschele fears our best intentions the most. ”'What frightened us was not so much the madman problem, ' Groteschele was saying, 'but its opposite: at the last moment someone might refuse to drop the bombs. A single act of revulsion could foil the whole policy of graduated deterrents.'”

With six United States Vindicator bombers flying towards Moscow with a large enough payload of atomic bombs to wipe six cities the size of Moscow off the map, the tension continues to ratchet up as the President tries to keep Nikita Khrushchev, The Soviet Premier, from launching all out war. 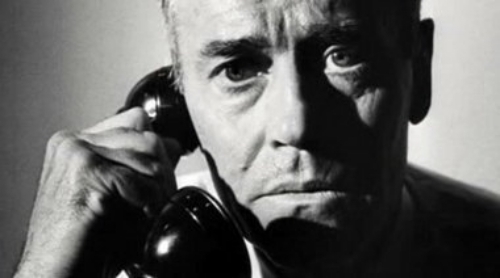 Henry Fonda as the President in the movie.

It may have just been an accident, a horrible accident, but still with paranoia flowing freely it is difficult for both sides to convince themselves that this is not just a trick perpetrated to create an advantage in war. Everyone involved is trying to decide what exactly is true and what is subterfuge. As the bombers approach Moscow, the President orders his military advisors to tell the Russians the weaknesses in the Vindicator’s defenses. ”General Bogan felt his finger tips shaking against his trousers. He felt for a moment as if he were being exposed to some strange torture; some spikelike split of his allegiance; some rupturing of his life.”

As the Vindicator planes score victories, it is hard for the United States military men not to cheer, even though the fate of the world rests on the ability of the Russians to shoot all the planes down. The ballooning tension kept my gut churning and my mind spinning with all the potential outcomes. The ending was not what I expected at all. The book was good. The movie was even better. I felt like the experience was enhanced by reading the book and watching the movie, but I would highly recommend anyone who is interested in this era or fascinated by human behavior under pressure to, at the very least, watch the movie.