”This system carries with it the unspoken implication that once someone has been defined as an ‘object,’ it is automatically assumed to be ‘promiscuous’ in the sense that it may be bought and sold like any other object, even if the object in question is somebody’s kidney or liver--or whole body. This kind of thinking is exactly what underpinned the slave trade for hundreds of years: as soon as a captive West African was defined as ‘property.’ then he could be treated as a ‘promiscuous object,’ that is to say an object whose human rights have been magically transmuted into a money value in the accounts of the property owner. What is unclear, however, is why modern Western culture has continued to target prostitution by adult volunteers as ‘immoral’.” 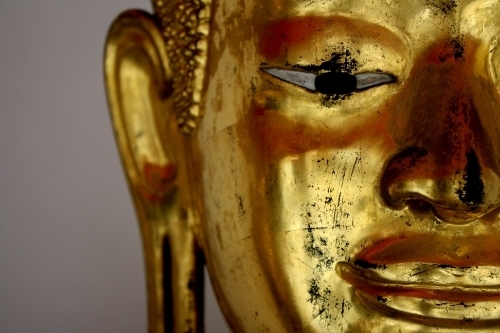 Royal Thai Police Detective Sonchai Jitpleecheep is a Buddhist who is struggling to keep his soul untarnished by the harsh realities of existing in a corrupt system that is part of a violent world. He is under the thumb of the merciless Colonel Vikhorn who relies on Sonchai’s detective skills and his discretion in his ongoing competitive gamesmanship with General Zinna. When Vikhorn decides that he must run for provisional governor, he decides that he needs some moralistic victory to help guide him to political success. Vikhorn knows that Zinna is tied into the global illegal organ trade, so what would be more perfect than to shut down his operation and, better yet, destroy his rival completely?

When three bodies are found with every useful organ harvested in an expensive villa in Phuket, Sonchai is dispatched, undercover, to meet with a Hong Kong connection dealing in organs. He finds himself sandwiched between two beautiful Asian twins who aren’t fooled for a minute that he is who he says he is.

”Imagine what it does to your worldview when you can see profit in everyone you meet.”

It makes you certifiable.

Is it voluntary if you are selling your kidney to feed your family?

The demand for organs is way larger than what the market can provide under normal circumstances. When people are willing to pay a half a million dollars for a liver, the market will provide. China has been a great source of organs. The carving up of executed criminals for their useable organs has been well documented. With advances in drugs, it has also now become possible to place transplanted organs in people with previously noncompatible blood types.

This is not only a game changer and will save many lives, it also makes life much, much easier for black market organ dealers to fulfill those half a million dollar contracts.

Let’s say you decide to go to Thailand on a vacation. You go to one or maybe several of the clubs there, and you meet this lovely young lady or maybe a katoey that you find to be attractive. You decide to pay their bar tab (code for paying for sex), and you go to have boom boom. You wake up the next morning, after hopefully a night of amazing debauchery, missing a kidney.

Inconvenient...yes... but you should probably be very glad that they didn’t decide to take your liver, your eyeballs, lungs, etc.

The other interesting aspect to consider is the advances in face transplants. Remember the movie Face/Off with Nicholas Cage and John Travolta? I still get the willies about that movie. What a wonderful medical breakthrough that allows people who have been horribly burned to have a face the world can look at without wincing.

Now consider the next possibility. Let’s say a rich industrialist who was born with a face even his mother couldn’t love decides he wants Tom Cruise's face. Or maybe he’d settle for someone easier to get to, like an upcoming actor who is vulnerable because he likes to party or maybe that punk with symmetrical features hanging out on the street corner. The amount of money that a certain immoral element of very rich people are willing to pay makes anything go from improbable to possible.

”A money-driven morality is no morality at all.”

Needless to say, Sonchai finds himself up to his, I would say eyeballs but that seems inappropriate given the circumstances, neck in an investigation where even a nosy policeman could find himself being craved like a Thanksgiving turkey.

He meets a Hong Kong Detective named Chan, who is brilliant but lithium dependent to combat his bipolar disorder. He is cerebral and sees well beyond the tree to the breadth of the forest and over the mountains. Sonchai asks him why he doesn’t have a partner.

”Me? I’m too confused. Look, I grew up in a genuinely modern city, where nobody even pretends to know who they are. I could be gay. I’ve thought about it. It’s true that I’m sexually aroused by young naked women, but on the other hand I can never convince myself that my sperm would be safe with them. Next thing you know she’s had your baby, never wants to see you again, but demands child support for the next twenty years as an alternative for having you indicted for rape. At least with a man you’re safe from that gambit.”

There is some cynical logic going on in that statement. He might need to stop being a cop for a while and meet some normal women. Chan is a terrific character with his personal philosophies threaded through every sentence that spills from his lips.

John Burnett takes on the top social issues during the course of this series and discusses several of them in this book. Sonchai’s partner Lek is trying to make enough money to start his transgender modifications. The whole idea of sexual orientation or any stigma associated with it is tackled head on in this book. The novel is populated with characters with about every normal or alternative sexual orientation you can think of. As you begin to get to know people it is no great surprise that what once may seem strange about their orientation becomes ordinary.

Sonchai’s wife, a retired prostitute, is writing her thesis on why prostitution should be legalized. She believes that women are being victimized by governments that do not allow them to practice prostitution.

Which sort of turns the whole concept on it’s head.

”The answer to the world economic crisis was obvious: legalize prostitution and tax it. At 15 percent per bang, deficits would shrink overnight. It would be safe to leverage as well. The worse things get, the more people bury their problems in sex. The better things get, the more people celebrate their good fortune with sex. It’s a tax revenue for all seasons, and with ever more sophisticated surveillance coming onstream, it won’t be long before governments will be in a position to tax sex between married couples. Hey, Obama, are you listening?”

This sounds like a business opportunity to me, government surveillance proof pods for sex, coming standard for two people, or a deluxe that fits three people, or a Magic Johnson that has room for...well...more arms and legs and lips than I would know what to do with. I already have a pod market for those people, Doomsday Preppers, who think the government is already well aware of their do-si-do activities.

Burdett also makes the case that soft drugs, such as marijuana, should be legalized. Now Sonchai is a stressed man. There are things he sees during this case that leaves him in serious need of self-medication. Export grade marijuana is his favorite way to cope with his job inspired anxiety. ”At least I’ve got control of the demons. Thanks to the power of cannabis, I’m able to shrink them with my brand-new green demon-shrinking gun, which sort of grew out of my right hand after the third joint.” If I didn’t know better I’d think he’d seen too many David Cronenberg films. Sonchai also bemoans the demise of the Thai stick, but Burdett, always so helpful, does describe the method with which...you too...could make your very own at home. 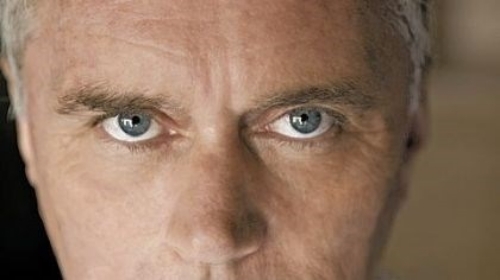 The eyes of a man who smoked, drank, and whored his way across Thailand while doing research for his novels.

There is some crazy ass stuff going on in this novel. Some readers find the social issues mingling with the plot distracting or annoying. I think it is more realistic to see a detective who is struggling with more than just the aspects of the case. We are becoming such a linear society that we even want our novels to behave and never stray from a plodding course towards resolution. The Buddhist elements to this series of novels are fascinating and always bring me a knew perspective that I can apply directly to my own life. This is a wonderful series that continues to hold my attention. You could probably read them out of order, but I would suggest starting with the first one, Bangkok 8.